The word came from CCSD at 2pm on Monday 3/9 as i sat on a lawnmower just finishing the outfield prepping for the day's practice.  My first thought was that it was being overblown to cancel the entire season.  My second thought went to our seniors on the team.  Possibly the most talented senior class ever assembled at Palo Verde in its 23 year history.  I was in instant shock and found it hard to even come up with the words to relay the information to my staff and players.  Now that it has sunk in a little, and I have seen how serious this pandemic has become, i understand why the powers to be made the decision. Schools have been closed in the state since monday the 16th. Nevada just called for a shut down of all casinos and non-essential businesses for 30 days!  We are on the doorstep of sheltering in place to avoid the further spread of this covid-19 virus.  With all that being said, I still selfishly am torn apart that I wont get to spend the next two months with the players and coaches in this program.  I want to write this final news item and dedicate it to our senior class.

Matt Minkoff-  Matty is a kid that can play every position.  He preferred 2nd base, but was willing to play outfield if the team needed it.  He pitched a little last year when we were short on arms.  He is a tough out at the plate and runs the bases about as well as anyone in town.  He is very talented with his bat skills whether its bun ting or hitting the ball the other way.  I will miss most his selfless team first demeanor and his tenacity with which he played the game.

Kota Nakamura- So proud of this guy for coming back from nagging injuries and missing his junior year to making the team his senior year.  He really impressed me that his skill set did not diminish at all after being away from the game for a whole year.  He was a dependable outfielder who was coachable and took every rep in practice like it was a game rep.  He is such a tough out at the plate.  I will miss most his smile and joy for the game.  He was always positive with his teammates and always had a smile on his face.

Jaden Agassi- When I think of Rock, I think about what a special person he is.  He had his Junior year taken from him with injury.  He could have been angry and bitter, but that is not in Jaden's DNA.  He went through the process with a positive attitude and was still a great team mate even during the hard times.  Jaden got himself ready to at least hit this year.  He had a great pre-season tournament at the plate and was going to really help fortify our potent lineup as the season progressed.  I am super sad that i wont have the pleasure to coach this guy again.  He would always ask for more reps and always ask what else he could do during field clean up.  He was just the kind of ball player that every coach wishes for.  I will miss most the big hugs we'd share.  I will also miss that big smile he always had because he was back in the dugout playing the game he loves again.

Zach Rowley- This guy had such a good outing in the pre-season tournament!  He was a bulldog on the mound and the coaching staff was so excited to see him pitch to his potential.  I believe Zach would have gobbled up a bunch of middle relief innings and helped hold the lead for us or keep the game close if we were behind.  He is a guy that should be pitching in college somewhere.  I will miss most his perseverance overcoming a major injury that kept him from playing his junior year.

Jackson Slade-  We shared tears in the dugout after tryouts this year.  After not making the team his junior year, Jax worked hard on his game and made the team his senior year.  He was an absolute pleasure to coach.  His unselfish team first attitude was admirable.  He worked hard in practice every day.   He was so helpful before and after practices getting things set up or put to bed.  The entire team loved him because of his hard work and personality.  I will miss most how he supported his teammates in practices and games.  It was never about #15 and always about the team.  That quality will take him to great things in life after baseball.

Jasper Nelson-  He totally dominated in his only outing this year on the mound.  Jasper has a split personality as a baseball player.  When he is not pitching, he is the joker....litterally.  Driving umpires, opposing players and coaches, and even sometimes his own coaches crazy with his elaborate rhetoric from the dugout.  I swear the NIAA made up the jasper rule last off season.  When the umpires told us about this years bench jockeying rule, Jasper came to my mind with each section they spoke.  then there was the side of Jasper when he was pitching.  Focused, serious, determined.  And he dominated lineups.  I will miss most Jasper's personality and reverence for life.  He made us all laugh daily and had all of us in awe when he dominated on the bump.

Josiah Cromwick- One of two players on the team that won the 2018 state title.  Jo has been a staple of our lineup for three years.  He was on pace to set several career offensive category school records this year.  Jo could play anywhere on the field and with his bat could change the outcome of a game with one swing.  I honestly believe he was going to have a gatorade POY type senior season.  I will miss most watching him take Batting practice.  He could really swing it.  The sound of the ball off of his bat was unique.  He is a really special talent.

Paulshawn Pasqualotto- If his first outing of the season was any indication of how his senior year was going to go, PSP could have given Cromwick a run at State POY.  He threw a 5 inning one hit shutout of perennial state contender Bishop Manogue of Reno.  PSP also was the Palo Verde player of the week for the first week of the season hitting .615 with one HR and 6 rbis in 5 games.  what a special talent he was.  He might have challenged Ex PV pitcher Jaret Godman's state record for wins in a season (12).  I will miss most how free and easy PSP was those first five games and practices leading up to those games.  He had a smile on his face and was just hanging with the boys playing a game he loves.

Paul Myro IV-  Quattro was one of our captains this year.  He anchored the shortstop position defensively for us and hit in front of cromwick in the lineup.  On the baseball field, you would be hard pressed to show me another player as intense as Paul.  He was the poster child for our mantra "competitive excellence".  Although he was not a vocal leader, he demonstrated his leadership through actions.  Hard 90's down the line, making a play at shortstop that gets oohs and aahs from the dugout.  He is a yes coach type of player and didnt mind getting things set up or put to bed even though he was a captain.  I will miss most Myro's fire he played with.  He created that fire intrinsically.  That's a special talent.  Paul is a winner!

Noah Carabajal- One of our two captains on the 2020 team.  Noah is also one of the two players on this year's roster who helped win the 2018 State title.  Noah battle injuries his junior year and came back strong this year.  He was poised to have a huge senior year on the bump.  His velo was up and his accuracy in the zone was excellent.  He was always so focused and always had poise on th mound.  He was also going to play seconds base this season and he worked very hard on his offense.  During rounds in the bubba he impressed me with the increase of power he had from a year ago.  I feel so horrible that this season was taken from  Noah because he deserved those 39 games after waiting his turn behind all-state players the last two years.  He will represent just fine a LB state next fall.  I will miss most Noah's competitive spirit.  SWe would get on him in BP because he always had warning track power.  This year in BP he finally drove one out of the park and gave the biggest bat flip and flexed his 15 inch bicepts for all to see.  It was a treasure of a moment.  I will miss that competitive fire he possessed.

So there you have it....This year's senior class.  So talented and fun to be around.  You will be missed but never forgotten! 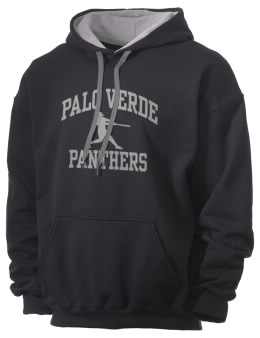